Have you been told that you have a slipped disc in Park Ridge IL? The term "slipped disc" is often used by people when describing a recent or long term episode of low back pain. In reality, discs don't actually slip, but instead bulge or herniate as a result of structural and physiological changes occurring throughout the disc itself.

A disc can be thought of as a jelly donut in-between each one of your vertebrae. When working normally, they allow the spine to move with ease and act as shock absorbers. When damaged, the innermost portion of the disc or the "jelly" may push against the outer portion causing a bulge or rupture through the outer layer of the disc creating a herniation. Pain often results when this material places pressure on the spinal cord or nearby nerves. Disc injuries most commonly occur in the neck and low back and are often associated with degenerative disc disease. These injuries can affect anyone but become more common as we age.

As with many conditions, multiple factors contribute to the development of disc herniations. In general, as you age the disc tends to loose fluid causing it to become less elastic. As the disc becomes less elastic, its ability to absorb shock/pressure decreases and the likelihood of a herniation increases. Daily choices such as smoking, lack of physical activity and poor nourishment/diet may all contribute to disc weakness and the development of an injury. Trauma to the spine may be sufficient to cause a herniation, but not all injuries need to be severe to cause a herniation. If the disc has been compromised due to poor posture, insufficient nutrition, or improper lifting mechanics it may herniate with simple tasks such as picking up a coin on the ground or bending over to pick up a child.

SYMPTOMS OF A DISC HERNIATION

As mentioned previously, the likelihood of a disc herniation increases with age, but is most pronounced in 30 and 40 year olds. While pain is the most common symptom of disc herniations, the majority of disc bulges and problems are asymptomatic. Remember, that disc issues are only painful when they have progressed far enough to push on a surrounding nerve structure. When pain is present, it is usually noticed in the area of the herniation and when involving the low back is present throughout the buttocks, hips, and often legs. In addition to pain, patients with disc herniations often experience numbness, tingling, and weakness throughout various portions of their legs. People may also have difficulty standing on their heels or toes and begin to notice that their toe drags when walking. If the condition is allowed to advance far enough, ominous symptoms of problems going to the bathroom and sexual dysfunction may be present.

Higgins Sports and Spinal Rehab is fully equipped and trained to provide care to the various stages of disc issues. The effectiveness of chiropractic care for the repair of disc herniations has been proven for decades through research. Your doctor at Higgins Sports and Spinal Rehab will begin with a full evaluation to diagnose and confirm the location of a suspected disc herniation. After determining if you are a good candidate for chiropractic care, our doctors will develop a treatment plan that often consists of a combination of spinal adjustments, manual therapy, and various strengthening exercises. In rare cases, patients in advanced stages disc herniation require the services of other health care providers in conjunction with chiropractic care.

Higgins Sports and Spinal Rehab in Park Ridge IL has developed an extensive network of providers and is able to refer for additional evaluation if necessary. As always, questions are encouraged so please contact our office today to see if you can benefit from chiropractic care. 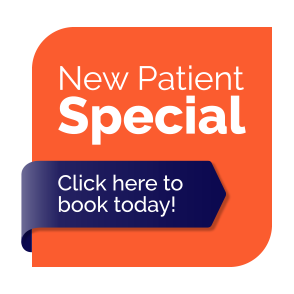